THE GALACTIC CENTER ENERGY BOOST
The current position of the Galactic Centre is 27°3′ of Sagittarius, moving about 1° every 72 years.
This point acts as an awakening, a burst of energy where sudden new thoughts release limiting beliefs. If you want to leverage this energy, look in your birth chart from 26-29 degrees of Sagittarius as that is where this energy is activated, the house it is in and the planet that it is conjunct with. Even a transit to this point could bring about a surge of energy into your life.
Margaret Mullen a well established Astrologer has shared her insights with us.
The Galactic center – an example
I have recently become somewhat obsessed by the effect of the various types of Asteroids and have started using them mostly on an exploratory basis. The results so far have been quite amazing.
For anyone who would like to explore further please contact me and I will provide details of sites to use which are inexpensive or free.

While researching the planets involved for another matter, I discovered an article by Mandi Lockley.
Here is the link to the article.
https://www.astro.com/astrology/aa_article160301_e.htm
The subject is whistleblowers and their connection to the Galactic Centre which is presently at around 26.6 of Sagittarius.
Research is vital for any subject and astrology is no different. I think that astrologers who are able to contribute to research should do so.

I have Mercury at 29 degrees Sagittarius in the eighth house ruling my Gemini Ascendant.
For a start I love Mathematics. I was the class nerd. I even found a fourth way to prove a geometry problem in one class when the math teacher said there were only three possible solutions. As no one else in the class volounteered to provide a solution, I was picked to provide mine. After I explained it the math teacher had a look to see if it worked and then proclaimed that there were still three other ways – so I did not set out to find a fourth way. I mention it just in case it has a bearing here.
I became a bookkeeper more by default than by choice. But that is a long story.
During my career as a bookkeeper and in auditing I have exposed two instances of serious fraud being committed in companies. This has made me something of a ‘control account’ freak. That means designing bookkeeping systems in such a way that the risk of fraud is minimized.
In another instance when I was looking for a new job the employment agency referred me to one company. I rejected the job and when I was asked for reasons the only one I could give was that it did not “feel right”
I cannot remember even the year that this happened so cannot find any news on it, but to cut a long story short the authorities discovered that a company (the one that I went to for an interview) was attempting to export gold that had been painted silver. I believe that sniffer dogs discovered it.
Margaret Mullen
12th June 2020

DECEMBER 2020 NEWSLETTER By Laurie Naughtin www.sublunar.co.za The great conjunction finally perfects, a portal opens The long feared conjunction of Jupiter and Saturn will perfect this Month. We face growth within structure yet a need to break away from an established order, take this time to build up new... 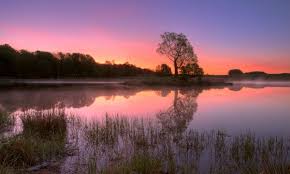 NEWSLETTER NOVEMBER 2020 LUNAR ECLIPSE AND A CARDINAL CROSS By Laurie Naughtin www.sublunar.co.za This is a month where we need to become more outgoing, stop looking behind at the past, avoid indecision, and focus on taking the initiative with our emotions, with others, thinking, and action and to do...