CORONAVIRUS – ASTROLOGICAL PERSPECTIVE
By Laurie Naughtin www.sublunar.co.za
The first case, or patient zero of this dreadful SARS-CoV emerged on the 17th of November 2019, it appears to have originated form a 55 year old person in Wuhan China who presented with a weird chest infection. It was not until December that the Chinese authorities realised they had a new type of virus on their hands.
As Astrologers we look into the event charts to understand the history and path forward of such life altering events, this one so extensive it is affecting the world.
Where did it begin, we know for a fact that the virus originated in China, the reference chart would be the Astrological Birth Chart of China which is dated the 1st of October 1949 at 3:01:36pm when The Peoples of China was formally established
CHINAS BIRTH CHART

In Astrology we look at the transiting planets to see how they are going to affect us globally and personally.
Astrologers were aware that in January around the 13th, 4 major planets connected in Capricorn at 22 degrees by an aspect called a conjunction, a stellium as there were 4 planets in the same degree, we need 3 planets including the Sun or Moon for a true stellium. This means they all work together in the same way, in this case in a very Capricorn way, which is the most ambitious and serious sign of them all, addiction to work and power is the motivating drive as fear of failure is the driving force.
Pluto is a planet of death, change and generally nothing pleasant, connected to Saturn the author of discipline, structure and known as the greatest malefic, with a lot of power to act out his nature in his own sign. Add to this the Sun, vital and creative individualistic energy, the supplier of life and warmth, and finally Mercury the mind, thinking communicating, all of the above pushing us to think in an ambitious driven way.
This Cardinal restricted and controlling energy becomes addictive as power is driving it, but this is very difficult to maintain, it is like a ticking time bomb waiting for the right time to explode. I personally thought that looking at the current worldwide trends of war, hatred, and tension over territory would reach a crisis point and blow, we would see recession, death, big change is structure and a very unstable stock market.
Well I was wrong with regards to the explosion. The world war or enemy is a Virus that spreads without impunity locking down countries, isolating people, killing many and bringing fear into the hearts of most. Stock markets are crashing and instability is rampant worldwide.
At 22 degrees of Capricorn in the Chinese chart we see Jupiter debilitated by fall and posited in the 12th house of secrets, unknown enemies, as well as self undoing and chronic illness.
The 12th house is also the house of wild animals, and Jupiter in the Chinese chart is the anatomical ruler of their 2nd house of the throat, what is put down their throats. Jupiter also rules the 11th house of large groups of people and society in general.
BOOM! The 4 planets including the death and transformation Planet Pluto connect with this planet Jupiter in the Chinese chart on the 31st of December when China alerted WHO to several cases of an unknown fast spreading pneumonia.
This is the trigger that set this world wide pandemic crisis into motion, here is a signature for disaster. The transiting planets all at 22 degrees of Capricorn have triggered this big explosive killer Virus.

PATIENT ZERO
In the below tri chart I have put China’s birth chart in the centre, the middle chart progressed to the day when patient zero presented with a diverse lung disease , the outer ring is the actual transits of the 17th November 2019.

Saturn is, the natural ruler of China’s 1st house, the identity of China as well as what can afflict China, Saturn also rules their 12th house of dark and hidden secrets, confinement, hospitals, and chronic illness.
Saturn by transit is moving their 12th house and applying to trine their Saturn posited in the 8th house of death and transformation. This transiting Saturn will also apply to aspect Pluto, to quote my teacher Robert Zoller ‘whenever there is an aspect o Pluto the event or outcome is never pleasant. The aspect transiting Saturn is making to both Natal and Progressed Pluto in Chinas chart is a very harsh aspect called an inconjunct which brings about a shocking blind side type of event.
Transiting Pluto was conjunct their Jupiter the planet in the 12th house of dark secrets and undoing, Saturn applying to blow this up. This s happened on the 2 Jan 2020 where China got WHO involved; by the 13th of January the big conjunction we have been talking about for a long time came to light as it connected full on with China’s Jupiter.
Since 2 January 2020, the three levels of WHO (China country office, Regional Office for the Western Pacific and headquarters) have been working together to respond to this outbreak of COVID-19. On 30 January, WHO declared the outbreak a Public Health Emergency of International Concern, Mercury and Pluto were in semi-sextile aspect, in a way we know something is up then suddenly it is.
On 11 March just as Mercury went direct, the director of WHO characterized COVID-19 as a pandemic. Mercury is the planet ruling communication and thinking has been retrograde in Pisces a water sign, where there can be a lot of confused information as well as an impaired ability to make decisions and communicate them. Mercury will go back into Pisces till the middle of April. We do need to be aware of miscommunication, even WHO are in the dark with this new disease. I look forward to Mid April where we may see a little light or see a way forward.
Transiting Mars and Jupiter will conjoin with Jupiter in China’s Chart on the 20th of this Month so I sincerely hope this will bring about some action and control in the containment of the disease that can be shared with the world.
When Mars Conjuncts with Jupiter it normally produces positive energy and growth, as they are both in Capricorn this energy is in the form of restriction and confinement. This is the action that will be put into place to help take control of this Virus.
Mars will follow this aspect with a conjunction to Pluto where we can expect violence or a disruptive energy. I expect more and more countries will go into lock down mode. We will get a surge of death and people will be best off avoiding any situation that could result in contracting this virulent virus. The positive side of this is that action to control and change the course Virus will be on the cards.
Jupiter generally is known as the lucky one, the ruler of World finance, stock markets etc. It is approaching Pluto and we can already feel a downward drive and desperation within the investment world.
For China this transiting Mars rules their 10th house and 2nd house, communication whilst the 10th house is the high position a country can hold, well it has fallen, they will need to get back to brass roots, understand the cause and effect of their unhygienic ways and put restrictions on what they are eating and selling at markets.
At this point it is important to note that Jupiter in their chart rules their finances and things of value as well as value system and resources. This area of China will need a lot of innovative restructure to survive the financial crash that is affecting the world.
The consequences have been damaging to all of our countries and families, we are still in the eye of the storm, Pluto remains conjoined to China’s Jupiter and will only leave in December 2020, so the effects of this disaster will continue to have an effect for the rest of this year. 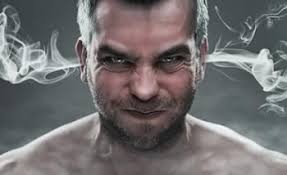 A DIFFICULT TWO DAYS AS MARS CONJUNCTS SATURN Laurie Naughtin www.sublunar.co.za Covd_19 prevails and we are all in lockdown which in itself is draining. Mars the planet of action and aggression as well as anger is now conjunct with Saturn. Saturn is the disciplinarian, the bossy planet who wants... 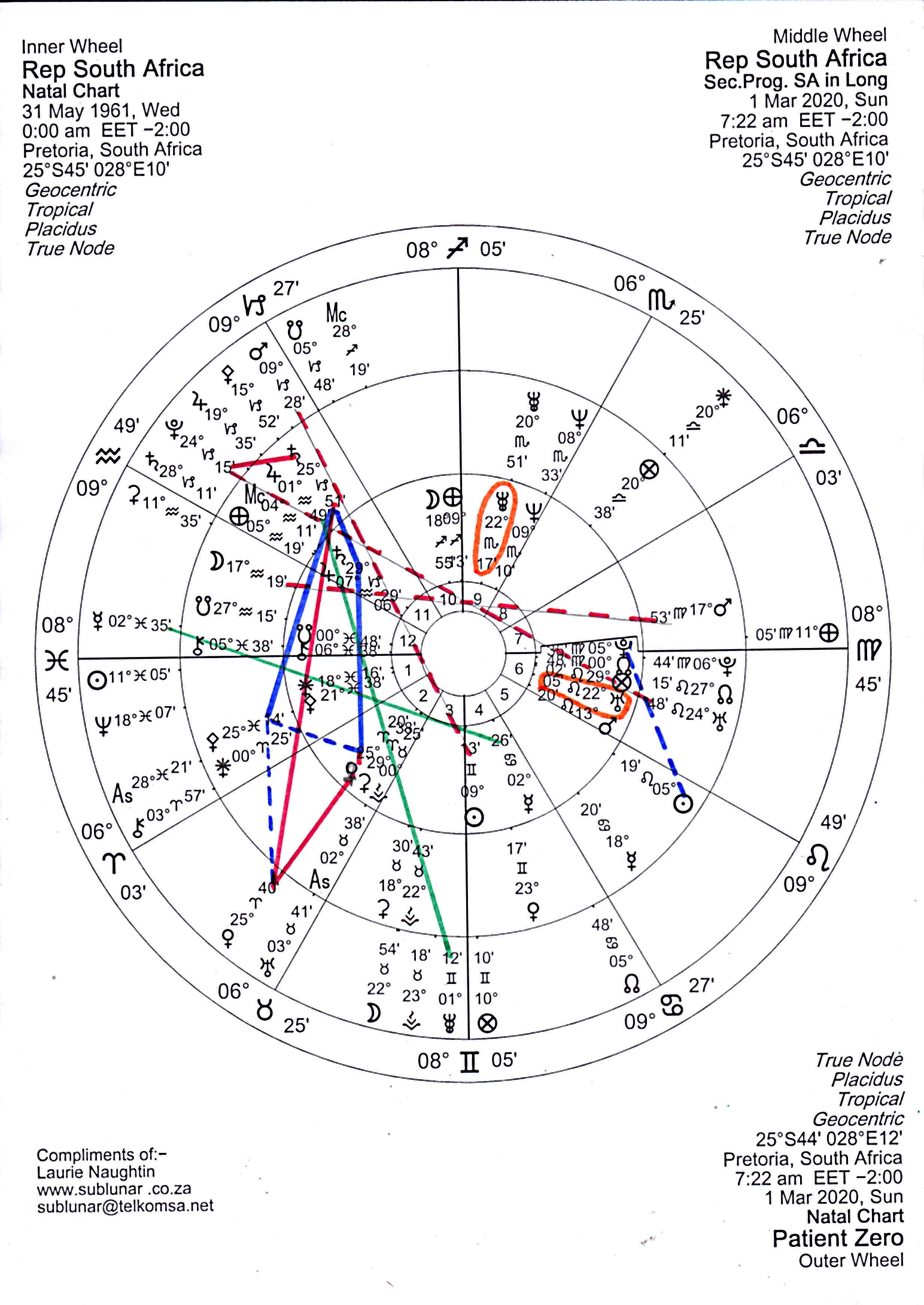 CORONA VIRUS ENTERS SOUTH AFRICA LOCKDOWN, MOODY’S, AND FINANCIAL FUTURE Laurie Naughtin www.sublunar.co.za As Corona is the main subject this newsletter is very technical to allow students, Astrologer and members of my trade to follow, you as my regular readers will get the gist of this important article as... 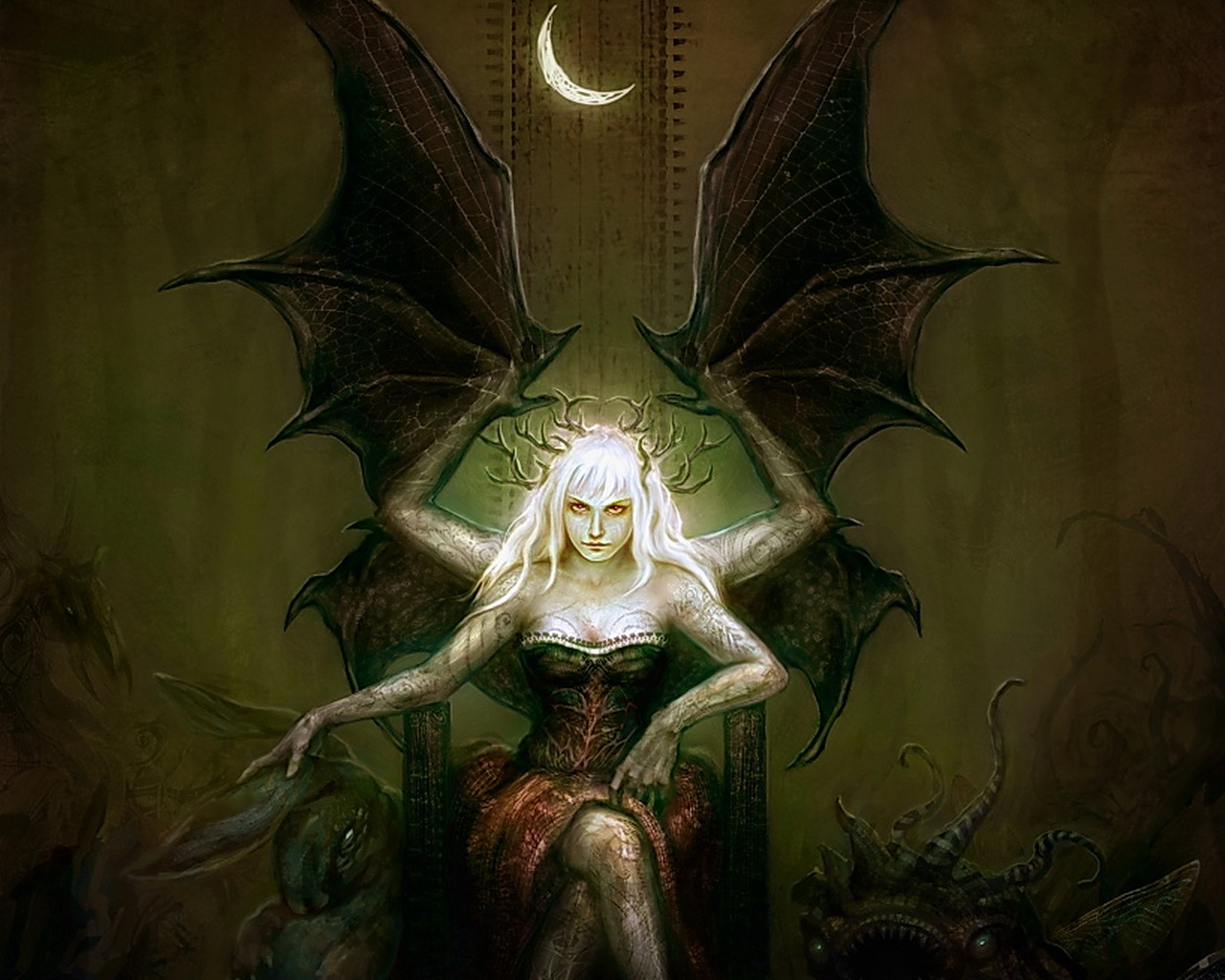 WHAT A WEEKEND! Laurie Naughtin www.sublunar.co.za Saturn Jupiter and Mars all had something to say, then Pluto comes in and connects with Jupiter first week of April. This is when we can expect a big financial meltdown. Saturn moved into Aquarius on Sunday, a sign he rules by day....